The King Is Dead

Jump To... HIDE
The King Is Dead
Cross My Heart, Hope to Die
Clean up Your Own Backyard
Rock-A-Hula Baby
Dirty, Dirty Feeling
Heartbreak Hotel
It Ain't No Big Thing (But It's Growin')
I Washed My Hands In Muddy Water
Enough song titles. What's the story?
Did Elvis Have Herpes?
What's the Answer?

There are so many theories about Elvis Presley’s untimely demise – now 40 years ago – at the age of just 42. His passing deeply affected many, many people; in my home town there’s a bloke who’s been wandering around ever since waving The King’s albums at passers by.

Some say Elvis faked his own death when space aliens found out that he had masterminded the JFK assassination. Some say he’s still alive and well, and running a chip shop in Eltham but I don’t buy that; were he alive today he’d be 81 and married to a Kardashian. Or possibly Caitlyn Jenner.

Popular folklore tells us Elvis Presley died on the toilet with a cheeseburger in one hand and a syringe in the other. Which is partially true – but new scientific research offers another potential explanation for the ill-health that ultimately led to the King’s early demise.

And of course, Our Microbial Overlords might have played a large part in it.

Cross My Heart, Hope to Die

Elvis Presley died in the bathroom of his Graceland mansion on August 16th, 1977. He was pronounced dead at the Baptist Memorial Hospital in Memphis, Tennessee, and his death certificate gave the cause as“hypertensive cardiovascular disease with atherosclerotic heart disease” — or a heart attack brought on by the double-whammy of high blood pressure and and arteries furred-up by a lifelong love of burgers and all things deep-fried.

Yes, it was subsequently disclosed Elvis had been taking all manner of drugs prescribed by his physician, Dr. George Nichopoulos – know as ‘Dr Nick’ – and ever since many Elvis fans have blamed Dr Nichopoulos for The King’s death.

Clean up Your Own Backyard

Elvis was not a well man. He is reported to have had lifelong bowel problems, notably chronic constipation, so he spent a lot of time in the bathroom. Little wonder he had a TV in there. From the autopsy it is clear he had a ‘megacolon’ – that is, his colon was two to three times the size of a normal one.

The principal cause of megacolon is something called Hirschsprung’s disease. This is where – during foetal development – the body forgets to wire in nerve fibres all the way to the very end of the colon. The very last bit gets missed out. Which can have devastating consequences: our food is propelled through our digestive tract by waves of muscle contraction called peristalsis – and if the nerves are missing you get poor muscle movement in the bowel. And the potential for a lifetime of constipation.

So did constipation kill Elvis? This is not a new theory; he was found on his bathroom floor, face down in front of the toilet. He had collapsed from a sitting position, there was no sign of any distress, struggle, or foul play. And people dying on the toilet is very, very common. There’s something called the Valsalva Manoeuvre which is where you strain to help evacuate the bowel by inhaling, closing the glottis and tightening the chest and abdominal muscles to force stuff out. The term is ‘straining at stool‘.

What happens then is your baroreceptors (which measure blood pressure on the arterial side of the heart) notice the drop in pressure – and so they trigger a compensatory, sympathetic response which causes blood pressure to rise quickly. And then when the pressure is released blood flow back to the heart is restored making stuff worse – and it’s the body’s responses to this presusre roller coaster that can lead to fainting or heart attack. Or stroke. (There’s a good explanation of the physiology of that here).

It Ain't No Big Thing (But It's Growin')

As I say, the idea that Elvis may have had Hirschsprung’s disease from birth (it’s also called congenital aganglionic megacolon) is not new, and if nerves are missing from the distal end of the bowel you cannot push material through that last bit.

This causes a blockage. Intestinal contents build up behind the blockage. The bowel and abdomen swell as a result – which would explain Elvis’s ballooning weight and dramatic weight swings. Dr Nick used to carry boxes of Fleet’s enemas on tour with Elvis along with a mobile pharmacy of drugs to try to control Elvis’s condition along with sundry uppers, downers and all-arounders.

I Washed My Hands In Muddy Water

There are also anecdotes of Elvis’s mother ‘manually disimpacting‘ (think about that one) him as a child, which would add weight to the Hirschsprung’s idea – but she died in 1958 so we can’t ask her.

There could be another explanation. We shouldn’t forget that Elvis was very fit as a young man – he wasn’t called Elvis the Pelvis without reason. The fact that his ill-health – and specifically his megacolon – came much later means Hirschsprung’s may not be the answer.

Enter some very new research which shows that Herpes virus infects and kills nerve cells in the colon, thus stopping peristalsis and leading to toxic megacolon.

It is already known that constipation is a symptom of Herpes simplex infection and this new research showed that roughly one-third mice deliberately infected with HSV-1 soon began to show signs of toxic megacolon.

Did Elvis Have Herpes?

Despite trawling the Interwebs I can’t find a picture of Elvis with a cold sore – but then he was a major heartthrob so his people would have been careful to make sure he was made up immaculately. But there’s loads of footage of him playing tonsil hockey with multiple women in the audience.

Incidence of herpes in the USA runs at about 1 in 5 adults. It was about 16% in the US when Elvis died but I suspect it was under-reported in those days given there is so much asymptomatic carriage. So just on the balance of probabilities it is likely. C’mon. You’re a truck driver from Tupelo. Suddenly you’re filthy rich, mega-famous and you have to beat women off with a shitty stick. What would you do?

Or was it Our Microbial Overlords burrowing deep into the nerves above The King’s chocolate starfish that left what was once one of the world’s most attractive men ill, obese, depressed, and with an arsehole like a windsock?

I’ve always said Our Microbial Overlords are relentlessly and often gruesomely fascinating. But I’ve never said they can’t be utter, utter bastards with a cruel sense of humour when they feel like it. 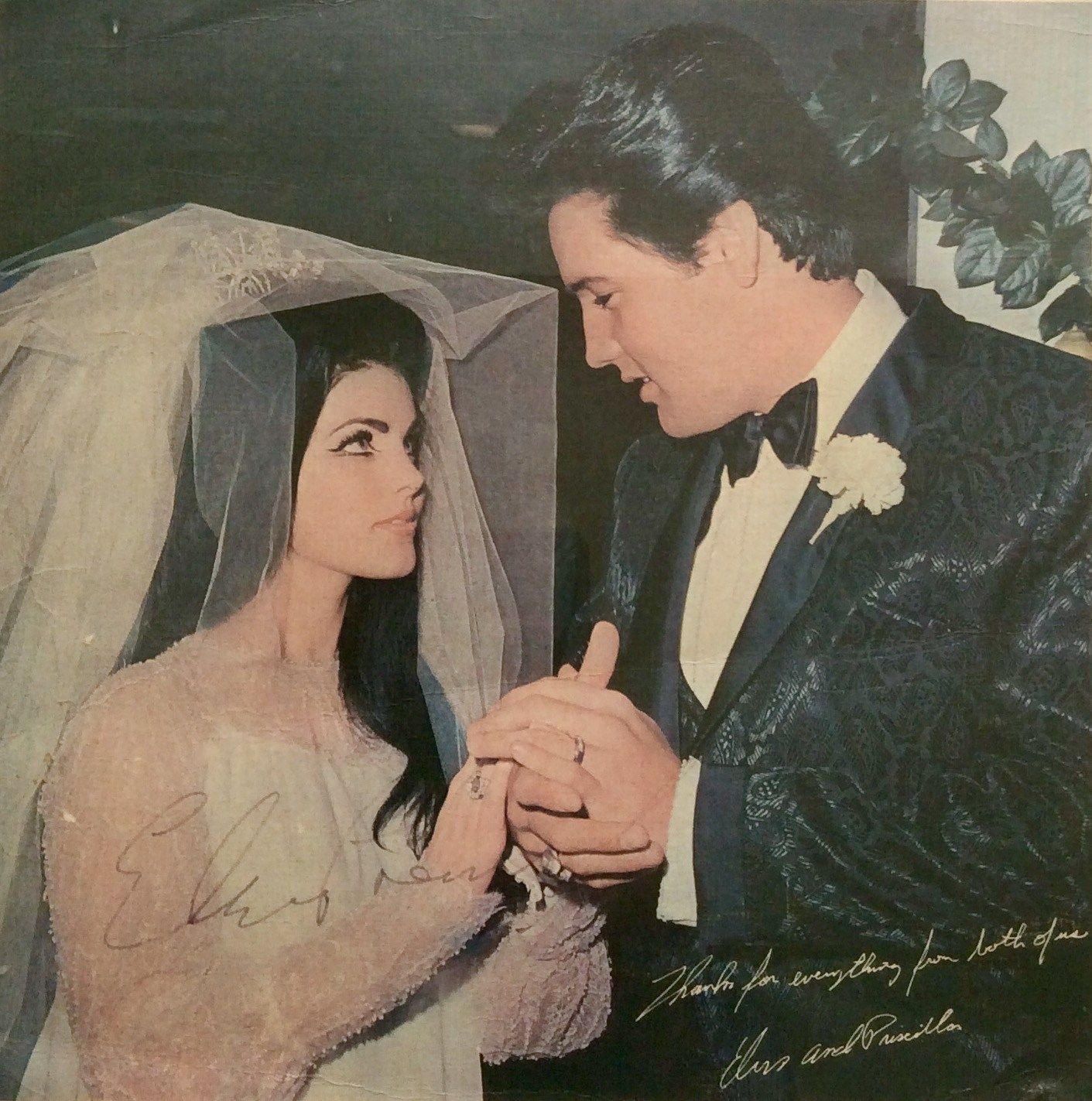 The image above hangs in my dining room. 100% genuine, signed by Elvis in his dressing room in Vegas.

Posting....
This website uses cookies and third party services. They make the Internet work. If you continue to browse we'll assume you're cool with that. Settings OK
Go to Top