According to Stewart Winter of the Daily Express avian flu has ‘jumped the species barrier‘. But what he’s missed is a deadly new virus spread by squadrons of rare squirrels. Rare Mexican squirrels deliberately bred in secret German farms where they plot their own version of a united Europe.

Jump To... HIDE
How Novel Flu Strains Arise
How They Spread
Is this strain more dangerous?
But What About the Teutonic Chicano Squirrels?

Really, I’m not making this up; it has been published in the New England Journal of Medicine, no less and we can only assume the Exotic Eichhörnchen are working in cohort with all the ‘Schroedinger’s Immigrants’ the Daily Express claims are both stealing British jobs while simultaneously scrounging benefits. 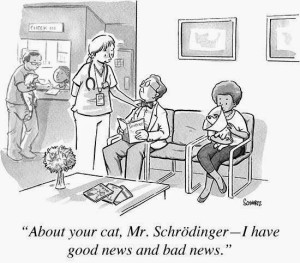 So what’s more deadly: sneezing Lancashire chickens or flamboyant Mexican squirrels bred for no purpose other than to export fatal, brain-rotting hitherto-unknown viruses?

Back to Mr Winter. He is the UK’s ‘top bird writer’ according to Lord BeaverBook’s most prestigious organ. And as testament to the esteem in which he is held they refer to the feathered variety in this regard – probably a first for a Richard Desmond title. While I’m sure Mr Winter’s ornithological credentials are impeccable, he needs to brush up on basic virology a little.

I’ve written about the ever-fascinating flu virus lots so I’ll spare you the general biology, but an H7N7 avian flu outbreak in Lancashire has claimed some 200,000 birds this week. That figure seems rather paltry (sorry) when compared with the 50m hens killed in the US this year by H5 avian strains (principally H5N2) – which has resulted in a doubling of egg prices and cost some $3bn to the US economy. It’s also caused the demise of 10% of US egg-laying hens, a blow that no number of secret herbs and spices will soften.

Back to Mr Winter. He says:

The biology underlying that tortured grammar isn’t quite right. Novel flu strains tend to come from Asia and other regions where people, pigs and chickens live in close proximity: if you have backyard farms and ‘wet’ markets (selling live poultry, fish, reptiles and mammals) you also have ideal conditions for developing new flu strains. They don’t, as a rule, develop in single-species factory farming operations.

Different species have their own, different types of flu – horse, pig, bird, human – and they all bind to different receptors on individual host cell surfaces. But the pig has receptors for avian, human and swine flu – and can therefore be infected by all three.

Also an influenza A virion has its genetic material in eight separate segments of viral RNA rather than one. This, combined with the sloppiness inherent in virus replication makes the pig a fantastic mixing vessel to mix and match characteristics of very different flu strains (what we in the biz call genetic shift).

Every now and again this mixing process comes up with a real shocker that is both highly infective (spreads from person to person easily) and very virulent (causes serious disease in humans). So it was with the 1918 pandemic that caused more deaths in a single season than both World Wars put together.

…the disease has jumped the species barrier from birds to humans

Again, not quite. This is over-egging the causal pudding somewhat.

Avian influenza virus strains preferentially bind to sialic acids of a type found epithelial cells of bird intestines. Human flu virus strains preferentially attach to a different type of sialic acid found on epithelial cells in our upper respiratory tract. We do possess some cells with the alpha 2,3 – linked sialic acids avian strains attach to – but these are found deep in our lower respiratory tract.

So avian strains do not ‘cross the species barrier’, we are all at risk from them – but only if we are exposed to very large numbers of infected poultry and breathe very, very deeply.

This is why human infection with avian influenza virus strains is rare; for efficient human-to-human transmission the avian virus strain would need to recognize sialic acids with alpha 2,6 linkages (the type we have in our upper respiratory tract). This is borne out by studies of virus isolates from the 1918, 1957, and 1968 pandemics: all those viruses preferentially recognized alpha 2,6-linked sialic acids. Chemistry, innit.

Is this strain more dangerous?

This latest virus is more pathogenic than a low strain form of bird flu discovered in Hampshire earlier this year.

Yes – more pathogenic to birds. Not humans. But, to be fair, in common with any flu strain we are always but a mutation or two away from another 1918. How likely is this to happen? No one knows.

Government officials said… there were no plans for Environment Secretary Elizabeth Truss to cancel this week’s controversial debate on fox hunting, which comes under the auspices of her Whitehall department.

Why on earth would she? To go to Lancashire to throttle a few chickens as a photo-op? Yes, this avian flu tale is a sad one but we’re talking about 0.5% of the UK’s egg-laying hen population, and that number is unlikely to increase due to the swift action taken.

But What About the Teutonic Chicano Squirrels?

This is where the Internet really is the gift that just keeps on giving. The ability for readers to comment on articles such as Mr Winter’s. The Victorians had their freakshows and visits to asylums to laugh at the inmates, we have readers’ comments appended to online news stories. And they are pretty much all bat-shit crazy.

I’ll leave the big, shouty caps and typos intact in this comment to Mr Winter’s article:

EVERY YEAR ABOUT THE SAME TIME THE SCIENTISTS DO IT AGAIN. . DISTROYING EVERYTHING.

…as evidenced by the fact that everything is still pretty much here. And why this time of the year? It’s a bit late for the summer solstice so perhaps this is Eid-related? Or it could be that this is the time of year the commenter’s pharmacist goes on holiday and she runs out of the antipsychotic medications she so clearly needs?

SO THEY WILL HAVE TO BUY FROM EUROPE.

Buy what? The antipsychotics again?

THEY WILL NEVER GIVE UP TILL ALL ANIMALS ARE GONE. SO WAKE UP OUR PEOPLE. IT IS HAPPENING. .

Ahhh! It is Eid – the festival of slaughter! I didn’t realise all scientists are supposed to be Muslim. Perhaps that’s why the Nobel has eluded me. I need to convert.

THEY STARTED ON THE SQUIRRELS A FEW WEEKS BACK,

I am concerned that the commenter ended hanging on a comma and can only assume either she was typing when the squirrel-borne encephalitis hit, the ‘SCIENTISTS’ finally got to her or the crayon held between her toes in the rubber room fell out.

Except the the SCIENTISTS haven’t started on the squirrels, quite the opposite: the rats in slightly cuter costumes have started on us, actually.

There is a novel Bornavirus knocking about in Germany right now that is killing breeders of exotic squirrels. And I had no idea there was a market for ‘exotic’ squirrels or that it has its epicenter in Germany. But there is a new Bornavirus being spread by exotic Mexican squirrels, bred in Germany, and it kills by causing encephalitis (brain rot). It’s out there, Sheeple! Euwww!

And the advice from the experts is clear and unequivocal: you should not allow squirrels to lick, bite or scratch you.

Well, that’s my weekend fucked, then…

Posting....
This website uses cookies and third party services. They make the Internet work. If you continue to browse we'll assume you're cool with that. Settings OK
Go to Top