Too Many Toxic Vaccines…

Though some try it’s difficult to argue with the benefits of vaccines. My eldest is 6 years old (going on 35); when I was his age vaccines protected just 5% of the world’s children from six diseases – polio, diphtheria, tuberculosis, pertussis, measles and tetanus – via four vaccines. Today that figure is 83% with some countries reaching 99% coverage – despite the best efforts of Andrew Jeremy Wakefield and Jenny McCarthy.

Jump To... HIDE
Vaccine and Immune System Basics
How Many Antigens?
Antigens in Vaccines
Other Exposures
Verdict

I’ve been asked by a friend about the wisdom of ‘extending’ the normal vaccine schedule –  because surely exposing a beautiful and perfect baby to all those antigens and chemicals in such a short time can’t be good? Let alone the sheer trauma of having the poor mite stabbed with sharp stuff so many times.

Again, for the record and for the avoidance of doubt: I’m not a medic but as a microbiologist I have a pretty good overview of what Our Microbial Overlords can do plus my background gives me a reasonable understanding of our immune system. As a parent I also understand getting the kids stabbed multiple times can be distressing (in fact mine just flirted with the nurses – it was my wife who had the PTSD).

There is so much misinformation out there about this subject which – combined with the cognitive biases we all suffer from – have conspired to bring back diseases that had been all but eradicated. And don’t get me started on the re-emergence of polio. We just about had that licked. My further challenge in this post is to put the science into context for the friend who asked the question – whose degrees are in music. So I know he can count to at least four. On a good day. So I also need to try to resist the urge to fire off a scientific demolition job of the ‘too many, too soon’ argument in my usual style – an approach the editor of the British Medical Journal recently characterised as ‘gung ho’ when writing about my destruction of the BMJ’s Tamiflu paper. Here goes…

Vaccines contain a number of ingredients. The functional components are antigens – surface proteins or sugars found on the coat of a virus or bacteria. Yes, vaccines also contain preservatives and sometimes other ingredients called adjuvants which give them a bit of a turbocharge – but it’s the antigens that are the principal functional bit. Antigens are components of the specific target bug the vaccine is designed to protect you from. The idea is that if you present these antigens (but not the proper ‘live’ organism that causes the disease) to your immune system it will recognise them as foreign and work out how to mount a defence without having to deal with the full-blown infection.

Because that’s what the immune system does; it has many different toys in the box, all of which are designed to recognise and differentiate ‘self’ from ‘non-self’ and attack and destroy any ‘non-self’ marauders it identifies. All our own cells have ‘don’t hassle me, I’m legit’ markers on their surfaces – indeed in some illnesses this signalling system breaks down and our own immune system can start attacking us from within.

Some immune responses are specific – like the antibody response, some are non-specific: complement, cytokines and lots of other stuff I won’t get into here. And our immune system has co-evolved with Our Microbial Overlords over millions of years – one of the non-specific parts of the immune system is something called mannose binding lectins – which we and sea squirts shared with a common ancestor about 565 million years ago. Crikey.

Anyway, back to antigens in vaccines. The idea is we expose the immune system to a neutered version of a bug (or give it a sniff of the bug’s underwear like some demented biochemical bloodhound) so when our immune system – which constantly polices every nook and cranny of our bodies – encounters the real, live nasty bug in the future it remembers it and produces antibodies against it. These antibodies attach themselves to the antigens on the real bug and scream “BLOODY FOREIGNER” like some rabid, Daily Mail -reading UKIP voter until the Boot Boys of the immune system get all over it and destroy it.

This memory of former exposures (whether due to – say – a childhood illness or a vaccine) is important and is called the anamnestic response – this is the renewed rapid production of an antibody on the second (or any subsequent) encounter with the same antigen – it means you produce the specific boot-boy response described above in a day or so against a nasty bug. Which is nice. It means your kids don’t die. But when the body is challenged with an unfamiliar bug production of antibodies specific to that bug takes a week or two, not a day or two. This can be critical; numbers of bacteria can double every 15-20 minutes which can be overwhelming – and while the non-specific immune responses are all well and good you can’t beat the specific, antibody-mediated response for dealing with something that might kill you before it gets the chance to go nuts. 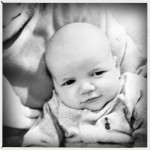 “This is my best Tony Soprano look. Just to remind you if you don’t get me stabbed I’ll put you in a REALLY shitty care home when you’re old…”

If you look at the UK or US schedule it looks pretty scary. It’s easy to see why people think extending the schedule might give a child’s poor little immune system a chance to cope with all those antigens and nasty chemicals you’re pumping into those adorable, chubby little limbs. You bastard. So let’s look at how the antigens in the vaccine schedule fit into the bigger immunological landscape.

[Geek Note: I could get into individual antibody titres for all the childhood vaccines but I don’t think that’s helpful here. I’m assuming the ability to count to no more than four, remember?]

For a start you have many thousands of different bacteria species on and in you. Less than 10% of the cells of which you are composed are human; we are each and all a veritable rainforest of microbial species cohabiting with the minority of human cells of which we are composed. We are but social care and transport systems for our Microbial Overlords. And even more viruses are hijacking them and you. You breathe in thousands upon thousands of microorganisms and spores in every minute of every day.

All of these marauders have multiple antigens on their surfaces which our immune system will raise antibodies to.

What most people don’t realise is that from the moment of birth a child is continually exposed to countless antigens each and every day. (This actually starts in the womb but that’s a whole other post). Because we never actually see the threats that we are all being exposed to all the time we don’t get the unimaginable hugeness of the immune system and that it can raise a squillion different types of antibodies without breaking sweat. It does it all the time without our even noticing in order to deal with this constant microbial challenge we face. Most estimates I’ve seen reckon kids are exposed to 2,000 – 10,000 antigens per day which is probably conservative considering all the stuff we breathe in and touch. Other authoritative sources say we produce around 1012 (a million million) different antibodies without counting any immune reaction to vaccines or other antigens and even if that’s spread over a lifetime of 75 years that’s 36.5 MILLION a day. My go-to immunology text, Parham reckons it’s 1016. But it actually doesn’t matter what the number is; the point is it’s unimaginably huge. Whatever measure we use to try to estimate in terms of daily exposure it’s thousands to millions. Here’s why vaccines are irrelevant even if these numbers are overestimates by several orders of magnitude.

So, what do vaccines contribute to this load? Most are quite parsimonious in the numbers of antigens they contain. The entire childhood vaccination schedule (UK and US) consists of a few hundred different antigens spread over many years. That’s not even a drop in the ocean. It’s more like a fly shit in space. The UK schedule runs over 14 years so the antigenic load this represents (in the context of the millions of other antigens over the period) is – well – nothing.

Let’s look at it another way. You have 100 million bugs in every millilitre (or cubic centimetre) of spit. 1ml or 1cc (same thing) is about the size of a small sugar cube. Let’s assume a kiss transfers a microlitre of saliva (that’s 1,000th of a ml).

That means every time you kiss your child you expose his or her immune system to a challenge at least 100,000x greater than the entire vaccine schedule.

If you extend the schedule all you’re doing is giving Our Microbial Overlords a better chance of infecting your child with a preventable disease. This is because the longer you leave them unprotected the more chance they have of catching a VPD. Seeemples.

The antigens in vaccines really are an infinitesimal fraction of the billions upon billions of antigens they will be exposed to right from the moment they’re born. And exposure to the antigens contained in vaccines are the best possible start you can give them; priming their immune system to recognise, seek and destroy the bugs that used to kill 20% of our kids before their fifth birthday.