Thinktank: the Birmingham Museum of Pseudoscience

Birmingham in the heart of England has a wonderful scientific heritage as well as an industrial one – it was Birmingham that sparked the Industrial Revolution – and it also boasts an excellent science museum, Thinktank. For my money it’s better than the one in London, especially for small children. But it’s allowed pseudoscience and other dangerous cognitive biases to creep in. 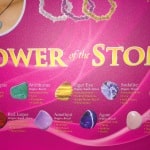 Anyway, I wrote to them as a concerned citizen and patron (rather than as Recto Fossa) politely inviting them to comment. Their policy says they respond to such letters within a week – usually less – but their self-imposed deadline has expired without a word from them. Perhaps asking them publically might elicit a response? So here’s what I sent them. Pretty polite by my standards, I thought. Given I’ve had the BMJ and others respond to this blog in the past I will let you know, dear readers, if this post gets a response…

Sent to the Director of the museum:

As a frequent visitor to the museum with my family (we are serial annual pass holders) I write to bring your attention to two things I saw today at Thinktank that I found frankly appalling.

The first was a vending machine – ‘the Power of the Stones’ – making various (to my mind) pseudoscientific claims of the gemstones on offer. Claims made include that the stones offer both specific and non-specific health benefits, can aid mental wellbeing and acuity as well as sundry ‘energy’ claims. Despite my field being microbiology, as a jobbing scientist I have a reasonable understanding of the concept of ‘energy’ which, as you will be aware, has a precise definition and is easily measured. I would observe that the Voyager 1 spacecraft is now some 20bn kilometres from the earth yet we can still detect signals from it. Voyager’s transmitter emits less energy than a refrigerator light bulb – so I’m sure the ‘energy’ claims made on the items the museum is selling are easily put to the test. I look forward to the data.

On the health claims, the Advertising Standards Authority requires that all claims made in advertisements must be legal, decent, honest and truthful and therapeutic claims must be substantiated with evidence. The sort of evidence that the ASA requires to substantiate therapeutic claims are usually properly constructed randomised controlled trials to eliminate the usual biases, poor methodology and placebo effects one sees with supplements, ‘complementary’ and ‘alternative medicines’ (SCAMSs). Having conducted a brief review of the literature this afternoon I can find no such data supportive of the claims made on the items you are selling. As a science museum I am sure you would not sell items making such claims unless you had been convinced they are substantiated. I am sure that for a science museum to be seen making a few quid selling products making claims that are essentially witchcraft would be likely to cause some considerable dismay.

Within a few feet of this was an exhibit purporting to provide information about genetically modified organisms. While I am happy to accept my knowledge of ‘healing’ rocks is sketchy, genetic engineering is a subject of which I have both knowledge and experience. I was expecting something covering issues such as novel pharmaceuticals and the ability to produce human insulin and growth hormone. Or Herceptin. Or producing food more efficiently with less pesticide. Or Golden Rice helping prevent Vitamin A deficiency – which still kills 1–2 million annually, and you can add to that 500,000 cases of irreversible blindness and millions of cases of xerophthalmia each year.

But no. It was just a series of fact-free vox pops with one of the most egregious examples of false equivalence I’ve seen since the BBC cleaned up its act recently. If you recall, after years of campaigning the BBC finally forced its journalists to understand science is about consensus, and false balance is a real issue in helping the public understand often complex scientific issues. For an arts-led, scientifically illiterate monolith such as the BBC to try to get something as basic as this right when a science museum gets it so wrong is incredibly disappointing.

If the museum is to continue in this vein, what’s next? “Does E really equal MC²? Your opinion counts!” Or “Creation vs Evolution – the race is on!” Or “Gravity – it’s just a theory”.

I hope you or one of your team will take the time to consider and comment on these points – the world is already awash with misinformation replete with logical fallacies whether it’s anti-GMO nonsense, ‘alt-med’ quackery or other rubbish assuming the trappings of science by adopting its language and deceiving the public. We have a Health Secretary who believes in homeopathy and vaccine-preventable diseases are resurgent in the developed world due to in part to the sort of arrant nonsense I saw today. Surely Thinktank should be equipping young minds with the critical skills to understand what’s science and what isn’t? Writ large above your door is ‘Birmingham’s Science Museum’. The clue’s in the name, really…